3 Mobile warns it is running out of mobile broadband spectrum

Wednesday, September 28th 2011
Tweet
Share
The network is close to capacity in many urban parts of the country. 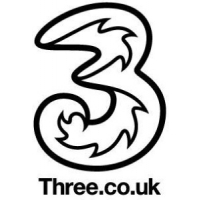 Mobile broadband provider 3 Mobile has warned it could run out of network capacity in urban areas next year unless it can acquire additional spectrum.

Tablet computers, dongles and smartphones are putting ever-increasing demands on mobile service providers' infrastructure, leading the carrier to state that its capacity could be exhausted by the end of 2012.

According to 3 Mobile, its rivals - Everything Everywhere, O2 and Vodafone - are keen to push back the forthcoming spectrum auction, which will free up space for the rollout of 4G mobile broadband coverage.

The sell-off is earmarked to take place in the middle of next year but has already faced delays.

While its better established competitors are able to cope with the surge in data usage by reallocating spare 2G spectrum to 3G mobile broadband services, 3 Mobile stressed it has no additional airwaves to ease the demand. As a result, it is set to run out of capacity faster than any of the other network operators.

Speaking at a press briefing in London, the company's chief executive David Dyson warned the auction will be pushed back further if its rivals get their way and said it is vital that 3 Mobile is able to get a fair share of the newly allocated spectrum.

"There is a huge financial incentive for rival operators to delay the auction," he stated. "We are worried that the other three will attempt to squeeze us out of the market."

"It has made it clear that it wants 3 Mobile in the market and that it values 3 Mobile's disruptive influence," he remarked.

All of the carrier's rivals have denied they are attempting to delay the spectrum sell-off, but Vodafone has criticised Ofcom's proposals to impose caps on the amount of spectrum that each of them can purchase in a bid to guarantee competition.