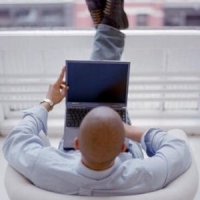 Ofcom's 4G spectrum auction plans will not solve the data capacity problems faced by the UK's mobile broadband providers, according to Stephen Rayment of BelAir Networks.

Under Ofcom's proposals, the 800MHz and 2.6GHz airwave bands will be sold off early next year in a bid to help 3 Mobile, Everything Everywhere, O2 and Vodafone improve the internet browsing experience on mobile devices.

But Mr Rayment, the wireless networking specialist's chief technology officer, said data usage is on track to exceed the extra capacity that will be made available in the auction.

He claimed the "real elephant in the room" is how carriers will cope with this increasing demand.

"Operators know that smaller cells are the only sure-fire way of deploying future networks capable of delivering high-quality mobile broadband," the expert insisted.

Last month, Cisco predicted worldwide data traffic will rise 26-fold between 2010 and 2015 to reach an annual rate of 75 exabytes, equivalent to 75 billion gigabytes.