Friday, January 18th 2013
Tweet
Share
Two more communities in Birkenhead are set to benefit from the implementation of super-fast broadband. 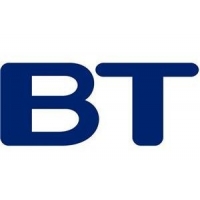 Claughton and Mountwood have become the latest areas to benefit from the rollout of the next generation technology.

More than 18,000 and 6,700 local homes and businesses are joining the high-speed revolution respectively.

This comes as part of a wider £2.5 billion BT initiative to make superior internet available to people in the UK.

Bromborough, Eastham, Heswall and Wallasey are some of the areas in Birkenhead where the technology has already been introduced - and Arrowebrook, Caldy, Hoylake, Irby and Rock Ferry are due for an upgrade later on in the year.

Regional director for the north-west at BT Mike Blackburn underlined the fact that local ecnonomies are receiving a boost as a result of this initiative.

"It's great for education, shopping, entertainment, the social networking we now carry out routinely online and it also offers huge benefits for businesses and public services," he remarked.