Need advice? Call our experts free on
0800 090 1342
Menu
You are here:  Home » News » Broadband boost for villages in Buckinghamshire

Broadband boost for villages in Buckinghamshire

Thursday, March 12th 2015
Tweet
Share
A number of Buckinghamshire villages are to be connected to improved broadband infrastructure in the coming months. 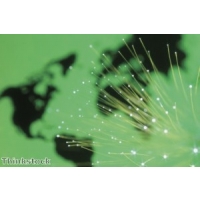 Aylesbury Vale District Council has announced plans to connect a number of isolated villages in its constituency area.

The communities of North Marston, Granborough and Hogshaw will all benefit from a combined investment of £1.5 million to deliver improved superfast broadband access in the months ahead, Buckingham Today reports.

Work will be completed as part of the Connected Counties scheme, with the money having been received by the local authority from the New Homes Bonus.

Site assessments for the installation of new broadband infrastructure have already been carried out and a meeting to unveil the plans was held in North Marston this week.

Neil Blake, leader of Aylesbury Vale District Council, said: "It was very encouraging to see so many local people attending the meeting and reinforces the importance of getting everyone connected."

He added that the delivery of better broadband for the area is "a great use" of the council's New Homes Bonus funding.