Broadband 'is as essential as water', Tory peer claims

Thursday, May 15th 2014
Tweet
Share
According to Baroness Neville-Rolfe, broadband connectivity is as essential as running water. 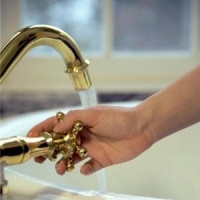 Being able to connect to broadband is just as important as having access to running water, a Conservative peer has claimed.

The Daily Mail reports this is the view of Baroness Neville-Rolfe, who stated: "Broadband and mobile coverage have become essential utilities, like water or power.

"Without coverage it is like living in the old world without a post box or hot water," she added.

Baroness Neville-Rolfe was speaking following the publication of figures from the Office for National Statistics (ONS), which show approximately 6.4 million adults - 13 per cent of all those living in the UK - have never used the internet.

In light of this, the House of Lords called on the government to do more with regard to the rollout of high-speed broadband throughout the UK to encourage a greater number of people to go online, especially as many services are now delivered primarily via the internet.

The ONS data also showed men were more likely to have been online than women, while 90 per cent of people based in London used the internet - the highest regional proportion.