Friday, May 30th 2014
Tweet
Share
Superfast broadband may lead to the introduction of Telehealth, a new health service aimed at older patients. 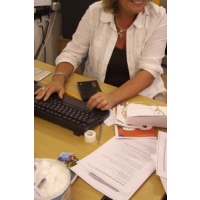 The rollout of superfast broadband across the Highlands has led to plans for the creation of a new technological health service for older people.

Telehealth would enable doctors to communicate with patients via video link, which would put an end to many problems, such as the current expense of the out-of-hours GP service and long waiting lists, the Ross-shire Journal reports.

Health officials are discussing potential options to solve some of these issues, but Telehealth could certainly be one solution thanks to the better broadband connection many homes now have.

NHS Director of Operation for the North and West Highlands Gill McVicar explained: "Older people are getting so used to Skyping grandchildren that talking on a screen has become second nature to them."

She added being able to speak to doctors via technology would also cut travel time and lengthy waiting periods at clinics, making the process much easier for older patients.

Faster broadband is on track to cover 84 per cent of the Highlands and Islands by 2016, thanks to £146 million of public funding.