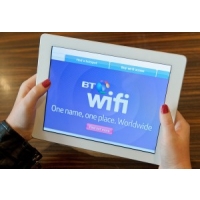 Dozens of libraries across England are to be provided with free Wi-Fi, thanks to an innovative new community partnership between Barclays and BT.

The initiative, which will focus on deprived areas, will see wireless internet access and free digital support offered at 57 libraries, as well as 13 community centres and a further ten sites, including a care home and a homeless centre.

Additional as-yet-unconfirmed locations are set to benefit from the project in the future.

The importance of such a programme is demonstrated by the fact that 18 per cent of the UK population have never been online, rising to 60 per cent among over-65s.

Both Barclays and BT have pledged to support the government's plans for digital inclusion, which aim to reduce the number of non-internet users by 25 per cent by 2016.

Anna Easton, Head of BT's Connected Society Programme, commented: "We want to ensure that everyone can not only access the digital world, but also have the skills and support they need to stay online in the long term."