Wednesday, March 19th 2014
Tweet
Share
BT has announced that it has recruited another 50 people at its busy national distribution centre in Northallerton. 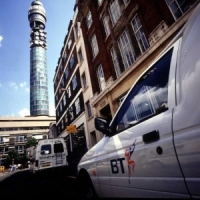 BT has announced the recruitment of 50 new employees at its Northallerton distribution centre.

The total number of people working at the site, which is BT's national logistics hub, now stands at 150, but further recruitment is planned in the future.

New workers will be tasked with processing and distributing more than 22,000 electronic devices per day to people across the UK.

Nick Hale, managing director of BT Supply Chain, said: "News of jobs and expansion is always good news, but in a town which has seen its fair share of job losses in recent times it is a particularly welcome announcement."

This isn't the only recent job announcement from BT in recent weeks.

In February, the telecoms giant announced that it would create more than 40 apprenticeship and graduate job places in the south-east of England.

The new starters will be tasked with taking up middle-management jobs, but an alternative apprenticeship scheme will focus on delivering manual skills to unemployed locals without qualifications.