Tuesday, April 3rd 2012
Tweet
Share
BT may not deploy super-fast broadband to the majority of homes in Bradley Stoke. 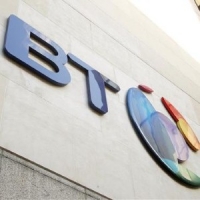 Customers in Bradley Stoke served by the Filton telephone exchange can now sign up for BT's super-fast broadband product, but doubts exist about how many local properties will be able to take advantage of the technology.

The Openreach website began receiving orders last weekend, meaning residents and businesses are able to subscribe to the fibre broadband service through BT or rival providers such as Sky and TalkTalk, which use the telecoms giant's network.

However, according to the Bradley Stoke Journal, rumours persist that only a small proportion of householders with 0117 telephone numbers will actually be able to benefit from the rollout, either because BT is only installing a limited number of street cabinets or because their property is too far from the exchange.

A tool on the BT Infinity website that indicates whether the service is available in any given area reveals that fibre optic broadband will be extended to Rosemary Close in Bradley Stoke from June, but that it will not be offered in the nearby Coriander Drive or Tarragon Place.

Customers with 01454 numbers, served by the exchange at Almondsbury, are still waiting to hear whether they are in line to benefit from the company's commercial super-fast broadband deployment, which is due to be finished by 2014.

This is not the first time that concerns have been expressed about the extent of BT's fibre optic broadband rollouts.

Speaking to PC Pro early last year, Zen Internet's broadband product manager Stuart Watson claimed BT leaves as many as 60 per cent of street cabinets in any given exchange area without fibre optic broadband connectivity during its initial deployments, despite heralding the availability of the service.

"A highly visible list of schedules goes out to say when exchanges are going to be enabled, but that only means the exchange area is starting to be in progress," he explained.