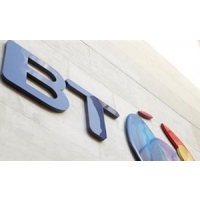 BT has announced that 33,000 homes and businesses in Scotland will be able to access its fibre optic broadband network by this time next year.

Exchanges in Dunblane, Dundee Park, Fountainbridge, Newington and Waverley in Edinburgh, and parts of Mid Calder in West Lothian will benefit from the upgrade, which will take place by autumn 2011.

It comes as part of the telecoms giant's plans to roll out super-fast broadband with download speeds of up to 40Mb/s to two-thirds of UK properties by 2015.

Director of BT Scotland Brendan Dick described the announcement as "great news" for the residents and businesses that will benefit from the improvements.

He added: "Fibre broadband has the power to revolutionise the way we use the internet. It has huge implications for the way we live, learn and do business."

The broadband bundle provider will also connect around 18,200 more premises in Wales to its fibre optic broadband network by next autumn.