Tuesday, September 25th 2012
Tweet
Share
Alternative technologies should play a part in the government's broadband strategy, the CLA has said. 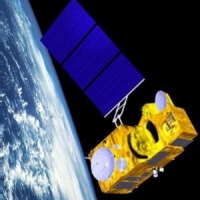 Wi-Fi and satellite broadband have an important role to play in boosting super-fast broadband coverage across the UK, according to the Country Land and Business Association (CLA).

Dr Charles Trotman, head of rural business development for the campaign group, said the government is at risk of missing its targets for next-generation broadband coverage.

By the end of 2015, the Conservative-led coalition aims to extend super-fast broadband services to 90 per cent of homes and businesses, but the CLA does not believe this goal will be achieved.

Of particular concern is the government's pledge to provide minimum 2Mbps speeds to every property, Dr Trotman explained. "With the way it's doing it at the moment, there's no guarantee it will ever meet 2Mbps for everybody."

Rather than concentrating on improving fixed-line infrastructure, policymakers should consider alternative technologies such as satellite and Wi-Fi, the CLA chief insisted.

It is also crucial to put in place a framework that will be "conducive to putting those technologies in place", he added.