Friday, May 2nd 2014
Tweet
Share
Dogbite, a film-making firm, has been enjoying the benefits of a superfast broadband connection. 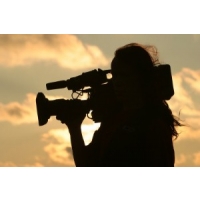 Dogbite, a creative production firm specialising in film-making, has been enjoying the benefits of superfast broadband since gaining access to the high-speed technology.

The Falmouth-based company has been able to enjoy speeds of up to 300Mbps since getting its fibre-to-the-premises connection installed earlier this year, which has changed the way it works for the better.

Managing Director of the film firm Michelle Taylor said: "Superfast broadband has given our business a terrific boost, allowing us to work more productively and putting us in a position where we can win higher value contracts."

She added that the high-speed internet service has significantly reduced the time it takes to transfer files to clients, with this now taking just a few minutes, rather than several hours.

A faster broadband connection means the firm is better placed to compete with bigger rivals and could help it to expand further in the future.

Ms Taylor also said clients have been impressed with the firm being able to use superfast broadband, with one commenting that they were pleasantly surprised to receive an entire film within just 20 minutes.