Need advice? Call our experts free on
0800 090 1342
Menu
You are here:  Home » News » Councils concerned broadband targets may be missed 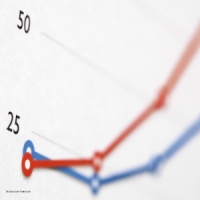 A new study has revealed that local authorities are concerned the government may fail to meet its target of ensuring that 90 per cent of homes and businesses have access to super-fast broadband by 2017.

The research, carried out by the County Councils Network (CCN), discovered that 45 per cent of members are doubtful this goal for coverage will be achieved within just two years, the Financial Times reports.

In particular, they pointed out that with many parts of rural Britain still experiencing unreliable broadband, it may be difficult to ensure super-fast connectivity is rolled out in countryside locations.

Spokesman for Infrastructure at the CCN Martin Hill said of the government's Broadband Delivery UK scheme: "[It] is on the right track, but it needs to be more flexible and transparent to ensure our goals are met and the final five per cent of unconnected communities get access to broadband at a reasonable price."

The Department for Culture, Media and Sport insisted it remains confident of hitting its targets.

There is certainly an incentive to do this, as the Digital Density Index from Accenture recently revealed that addressing shortfalls in penetration could help to boost the national economy by £38 billion a year.