Thursday, September 29th 2011
Tweet
Share
The EC has teamed up with SamKnows to chart broadband performance across the continent. 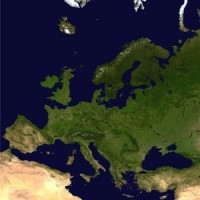 The European Commission (EC) has announced the launch of a cross-continent initiative to record the broadband speeds of EU member states, plus Croatia, Iceland and Norway.

Conducted in collaboration with broadband performance testing specialist SamKnows, the project will see a small device known as a Whitebox sent to volunteers across Europe.

By plugging the box into their home internet connection, participants will be able to record the capabilities of their line. When the broadband service is not in use, the device runs automated tests designed to record speed and performance.

Synthetic tests that simulate common online protocols and applications are carried out by the Whitebox, which does not record any personal information or monitor the activity of those involved in the study.

It is hoped that 10,000 people will volunteer to take part in the scheme, which is thought to be the largest ever test of its kind.

Once the results are in, data can be used to build a pan-European picture of broadband services and help with planning for future infrastructure upgrades.

Alex Salter, chief executive of SamKnows, said: "We are working to provide internet service providers, regulators and, most importantly, consumers with the information they need to push for improved broadband services.

"The people who volunteer to take part will not only get access to our technology for free, but will be champions for better broadband across Europe as they help us to develop a picture of connectivity across Europe."

SamKnows has previously conducted similar trials in the UK and US with regulatory bodies Ofcom and the Federal Communications Commission. It received more than 250,000 applications to take part in these initiatives.

The company was involved in Ofcom research, published in July, which showed that the gap between average and advertised broadband speeds in Britain stands at 8.2Mbps, up from 7.6Mbps when the study was carried out six months before.