Need advice? Call our experts free on
0800 090 1342
Menu
You are here:  Home » News » Eclipse exec calls for ongoing relationship between ISPs and customers

Eclipse exec calls for ongoing relationship between ISPs and customers 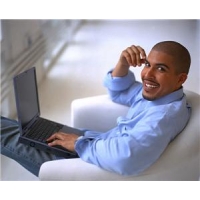 An Eclipse Internet representative has called for rival internet service providers (ISPs) to develop an ongoing relationship with their customers.

The home and business broadband firm's marketing director Simon Harper expressed his disappointment at the results of a recent Eclipse study, which revealed that 62 per cent of consumers do not know how much bandwidth or data they are allocated.

Furthermore, 44 per cent admitted to simultaneously accessing bandwidth-heavy applications such as YouTube and video chat, which could have an impact on their usage.

He cited a lack of communication between subscribers and their ISPs as a likely cause of this confusion among Brits and said consumers should not treat broadband as a "simple product buy".

"It's actually a service that people are buying that goes up and down in terms of performance and what you need it for," Mr Harper remarked.

The expert went on to state he was "surprised" that so many people view a broadband package as nothing more than a standard purchase.