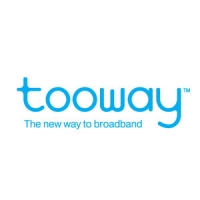 Eutelsat has unveiled a selection of new Tooway packages that the company claims are capable of delivering Europe's fastest satellite-based consumer broadband speeds.

The next-generation Tooway services offer unlimited data downloads at any time of day or night and are available to citizens across Europe, from major cities to isolated rural communities.

Tooway services are delivered via the KA-SAT broadband satellite, which has an extensive footprint stretching across Europe. As many as 30 million homes that are covered by Tooway are currently not linked up to a quality broadband connection.

Called Tooway S, M, L and XL, the new packages will initially be available from February in the UK, France, Spain, Italy and Germany.

Subscribers to any of these services will be able to access download speeds of up to 20Mbps, as well as up to 6Mbps upload rates.