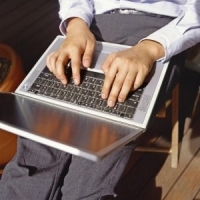 Fleetwood MP Eric Ollerenshaw has been speaking in the House of Commons to express his concerns about the rollout of superfast fibre broadband within his constituency, as parts of Lancaster and surrounding villages are yet to gain a connection to the high-speed technology.

The MP addressed Digital Industries Minister Ed Vaizey, calling BT's rollout work a "near monopoly" and asking what the government would be doing to deliver the superfast service to homes and businesses left out of its connectivity scheme.

Mr Ollerenshaw's comments about BT follow concerns that the network provider has been given a boost by the government to make it almost impossible for other operators to compete with regard to connecting premises to better broadband. However, the government denies this.

In response to the Fleetwood MP, Mr Vaizey stated: "I'm very happy to meet with you and talk about the specific circumstances in your constituency."

Some areas overseen by Mr Ollerenshaw, such as Preesall, Knott End and Fleetwood, already have access to fibre broadband, but the MP is working to secure a connection for the remaining few.