Friday, July 13th 2012
Tweet
Share
The FSB has welcomed a campaign that aims to boost broadband speeds in Nottinghamshire. 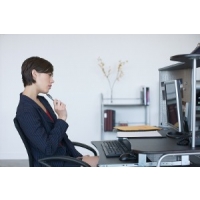 A campaign from Nottinghamshire County Council to boost local broadband speeds has been backed by the Federation of Small Businesses (FSB).

The local authority is calling for internet service providers to roll out faster broadband networks in rural areas, with the FSB arguing it is essential for firms to gain access to faster internet connectivity, reports the Nottingham Post.

In addition, 34 per cent of small rural businesses said they are frustrated with the reliability of their broadband service and 24 per cent expressed concerns about the value for money delivered by their connection.

Karl Sirrell, regional chairman of the FSB, argued that businesses in urban and rural areas should be given the opportunity to "tap into all markets".

"Broadband is crucial for this, especially for rural businesses that are often miles away from their customers and suppliers," he commented.