Friday, August 9th 2013
Tweet
Share
Some rural areas are in danger of being left behind as a result of broadband plans, the government has been warned. 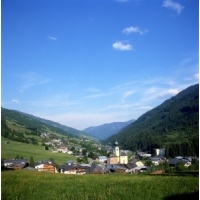 Home and business owners in rural parts of Gloucestershire have urged the government and telecoms providers not to forget them when it comes to rolling out superfast broadband in the county.

Elberton is one village that missed out on Broadband Delivery UK funding, but it had been thought that it would be covered by BT's commercial rollout, the Gloucester Gazette reports.

However, it turns out that the provider does not plan to extend the network this far into the countryside, which residents say is effectively turning it into a broadband blackspot and denying them an economic boost.

Executive Chairman of the Countryside Alliance Barney White-Spunner said: "Broadband is the most important technological innovation to kickstart the rural economy and the government needs to ensure that those living and working in the countryside do not fall behind their urban peers."

It comes after Ofcom figures recently showed a big divide between urban and rural areas when it comes to average broadband download speed.