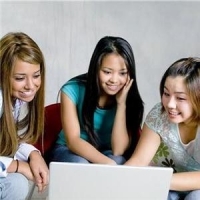 The High Sheriff of Norfolk has highlighted the importance of younger consumers having access to a reliable broadband connection.

Speaking to the Telegraph, Henry Cator said it is important for young people to be able to get online for a wide array of reasons, from filling in job applications to keeping in touch with friends and family members.

"I don't believe that just because you live in a rural community you should be disadvantaged," commented Mr Cator, who accesses the web via the WiSpire wireless broadband service.

Backed by the Diocese of Norwich, WiSpire delivers wireless connectivity via transmitters and receivers placed on top of churches across Norfolk.

The service is providing speeds of up to 8Mbps to residents in the village of Salhouse, which was previously stuck with download rates of 1Mbps or less.