Friday, May 16th 2014
Tweet
Share
Lord Gardiner has said work is in motion to bring superfast broadband to the Isles of Scilly. 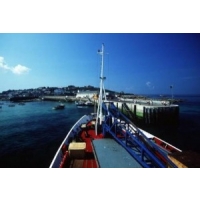 Residents on the Isles of Scilly will hopefully be able to connect to superfast broadband by the end of the year, a member of the House of Lords has stated.

The House's Spokesperson for Culture, Media and Sports Lord Gardiner of Kimble emphasised to peers that the islands' broadband rollout was on track to deliver the high-speed technology to Scilly-based homes and businesses later this year, Scilly Today reports.

Lord Gardiner was speaking in response to a question from Lord Berkeley, who enquired about when fibre optic cables would be installed on the isles.

The latter peer voiced his concerns about the standard of technology on the islands, saying Scilly has "probably the worst and most transport links in the whole [of the] UK", while he also highlighted people in the area are often forced to operate their phones via the old 2G service.

Lord Gardiner reassured Lord Berkeley that notices have been issued to the Marine Management Organisation regarding the laying of undersea connectivity cables, before adding he hoped Scilly residents would be able to access superfast broadband before the end of 2014.