Labour pledges 'broadband for all' 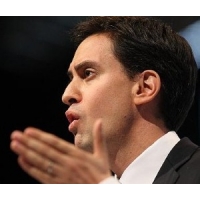 Ahead of next month's general election, Labour Party leader Ed Miliband has pledged to place universal broadband access at the top of the agenda should his party form the next government.

The party has committed to ensuring all parts of the country are able to access superfast broadband connectivity by 2020, while investment in high-tech business clusters and promoting online services across the UK would also be ramped up.

It comes in response to the coalition's present pledge to bolster superfast connectivity across 95 per cent of the population by 2017.

Labour also stated the party wishes to see a wider use of digital technologies within government and the public sector as a whole, ensuring the system of government becomes more responsive, devolved and less costly.

Indeed, the party's manifesto states: "People will be able to feed back on services quickly and simply, making sure their voices are heard, stimulating improvement and saving on the costs of service failure."