Wednesday, July 27th 2011
Tweet
Share
The county is applying for a combined Â£30 million from the public sector, with private investors set to provide the remaining funds. 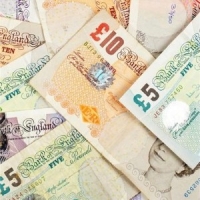 Lancashire County Council (LCC) is aiming to secure a total of £60 million of funding from public and private sector organisations to deliver next-generation broadband services to local businesses and homes.

In collaboration with the Lancashire Enterprise Partnership (LEP), the body has put in a bid for £13 million of the £530 million earmarked by the government for improving the UK's existing broadband infrastructure. Culture Secretary Jeremy Hunt is due to announce the successful applicants before the end of this month.

Another application for £16.5 million has been made to the European Regional Development Fund, with the results of this process set to be revealed later in the year.

If successful, these bids will give the county just under £30 million to spend on broadband. The partners would then turn to the private sector to raise a similar amount.

To boost the profile of the proposals in Westminster, Lancashire's 16 MPs have been contacted to urge them to get behind the process.

Under the county's broadband plans, a universal network will be built by 2014, providing residents with access to several internet-based services and raising the area's overall quality of life, the LEP claimed.

Chairman of the organisation Edwin Booth said: "Attracting major funding will help to develop a sustainable economy in Lancashire.

"The introduction of next-generation broadband across the whole county by 2014 would further unlock the business potential that exists here in Lancashire to generate growth from the economy.

"Next-generation broadband could help to transform business by increasing the ability of companies to develop new products and expand into other services."

Applications from Wiltshire and Norfolk, and a joint bid from Devon and Somerset, proved successful in the government's most recent funding announcement. The counties were given a share of £50 million to advance their broadband plans.