Monday, July 16th 2012
Tweet
Share
Free public Wi-Fi should be rolled out wherever possible, the London Chamber of Commerce has argued. 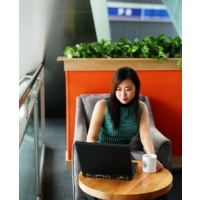 Wireless broadband services should be rolled out to as many public places as possible, according to the London Chamber of Commerce (LCC).

Speaking to the London Assembly's economy committee, panel member and digital policy adviser for the LCC David Hodges said the organisation is also keen for public Wi-Fi access to be free wherever possible.

"We want start-ups and businesspeople on the move to be able to do work and use their time as productively as possible," he was quoted by Techworld as saying.

Mr HodgesÂ stated that a "great start" has been made in Kensington and Chelsea, where O2 is rolling out what it claims is the largest Wi-Fi network in Europe.

The network operator predicts that the deployment will make free wireless internet connectivity available to millions of residents and visitors.

Highlighting the importance of internet access, Mr Hodges said it is "essential" in the modern global economy that businesses have the connectivity and capacity to work around the world via the web.