Minority of homes 'may miss out' on superfast broadband

Friday, March 27th 2015
Tweet
Share
Superfast broadband is coming to most of rural Oxfordshire - but concerns remain about five per cent in very rural areas. 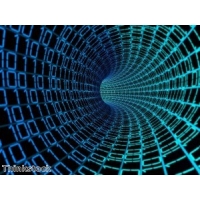 A small number of homes could miss out on superfast broadband in rural Oxfordshire, despite the pledge to deliver 100mbps to "nearly all homes in the country" made by Chancellor George Osborne in his Budget.

Cherwell, Vale of White Horse and South Oxfordshire have set up a £1.75 million fund to help the estimated five per cent of households that lie in remote areas of the county and are considered hard-to-reach, the Oxford Mail reports.

West Oxfordshire has decided to go down a different route, awarding a tender last year to Cotswold Broadband to deliver services to ten per cent of homes in the district, all in mainly rural areas.

Explaining this policy, Business Development Officer at the council Will Barton said these areas are "not commercially viable" and were therefore targeted for special help.

Discussing the issue of the most rural five per cent of homes, programme director of Better Broadband for Oxfordshire Craig Bower said the partnership is working with BT to come up with a solution for those homes.