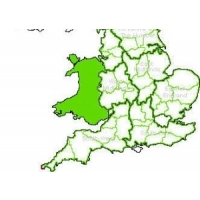 A report from a group of MPs calling for the eradication of broadband hotspots and slowspots in Wales to be prioritised has been welcomed by NFU Cymru.

The House of Commons Welsh Affairs Committee's publication stressed that the UK and Welsh governments should look to wipe out areas of poor broadband coverage "as a matter of urgency".

Consequently, it urged the administrations to consider technologies such as mobile and satellite broadband, rather than relying solely on fibre optic solutions, which are not always the best option for improving services in rural communities.

Echoing the sentiments of the report, NFU Cymru pointed out that while some parts of Wales can look forward to receiving ultra-fast internet access, 90,000 homes across the country are left without any form of broadband connectivity.

Huw Thomas, assembly advisor at NFU Cymru, said: "We are now in reality entering an era where reliable, high-speed internet access will very soon be regarded as just a basic utility - indeed we may have already reached that point."