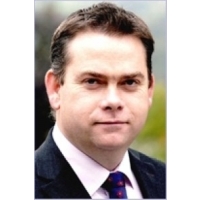 Selby and Ainsty MP Nigel Adams has said he will be keeping tabs on BT and North Yorkshire County Council to ensure they achieve their broadband promises.

Under the Superfast North Yorkshire project, the partners have pledged to bring fibre optic broadband to 90 per cent of homes and businesses across the county by the end of 2014.

The initiative hit a major milestone earlier this month, when Amotherby and Ainderby Steeple were named as the first communities to benefit from the £70 million rollout.

Writing for the Guardian, Mr Adams - who is also Parliamentary Private Secretary to Lord Strathclyde, Leader of the House of Lords - noted that the next few years promise to bring "exciting times" for North Yorkshire as the digital divide between urban and rural areas closes.

"Along with other members of parliament, I will now be watching BT and the county council to ensure that they deliver on their promises," he stressed.