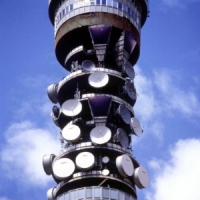 Ofcom chief executive Ed Richards told a conference in Brussels recently that there is a need for coordinated policy decisions on the use of so-called white space technology, which utilises the gaps between broadband spectrum for other services.

He expressed concern about the finite amount of spectrum available in the UK, as data-hungry technology such as smartphones become a part of the internet landscape and use considerable amounts of bandwidth across the country.

Using the gaps in licensed spectrum can create a similar service to Wi-Fi, with Mr Richards arguing that the potential usage of dynamic spectrum needs to move from the theoretical to the practical in the near future.

With this in mind, the regulator pointed out that a code of conduct will need to be drawn up to ensure broadband providers and other communications companies are aware of the potential benefits and limitations of this approach.

Mr Richards' comments came as BT confirmed its plans to offer white space technology to a tester group in Cornwall, replacing a separate trial of 4G broadband which has been ongoing in the area for some time in conjunction with Everything Everywhere.

Sean Williams, group head of strategy at BT, told the Financial Times that white space coverage would be taken to a commercial level for the first time with the same number of consumers as the 4G trial, leading to suggestions that the service could be rolled out commercially by 2013.

Mr Williams explained that this could potentially be a method used to reach remote areas of the country where it would be difficult or prohibitively expensive to lay fibre optic cables.

The Cornwall Development Company recently noted that 66,000 people in the region now have access to super-fast broadband, with the organisation planning to ensure 80 per cent of the area's population can do so by 2014.