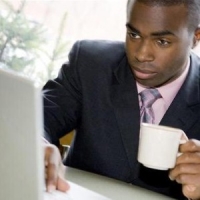 Hong Kong-based telecoms giant PCCW has announced plans to roll out a high-speed 4G mobile broadband network in the UK in the near future.

According to the Financial Times, UK Broadband - the company's British subsidiary - could launch its first services to end users as early as 2012.

If true, this would give PCCW a potentially valuable head start on network operators Everything Everywhere, O2, Vodafone and 3 Mobile, which are set to bid on additional spectrum to deliver 4G in the first quarter of next year.

Although the auction is due to take place in early 2012, it is likely that the carriers would take some time to deploy next-generation mobile broadband.

When the sale of spectrum to support 3G was sold off in 2000, it took three years for the first network to bring the third-generation mobile data service to the UK.

PCCW already owns a significant chunk of 3.5GHz and 3.6GHz spectrum, which it believes will be ideal to provide Long-Term Evolution (LTE) mobile broadband technology.

It is thought that the Hong Kong firm has been in touch with a number of UK telecoms outfits about the possibility of utilising the 4G network to offer mobile services to customers.

Virgin Media is reported to be among the providers that PCCW contacted, although the cable company refused to comment on this rumour.

Nicholas James, chief executive of UK Broadband, told the newspaper: "It is the company's intention to launch a 4G service.

"We are currently working with our vendors to finalise the equipment offering on our spectrum and we are finalising our network planning and our business plan."

The news has also been confirmed in a letter sent by PCCW to Ofcom last month, which revealed the company is eager to start work on the network in the second half of 2011.

"Our recent work with ... vendors indicates that LTE equipment is available imminently for our spectrum bands," it added in the document.

EE to extend 4G coverage by 2017
13th February 2015
EE has announced plans to significantly bolster its 4G network coverage over the coming years.
Major ISPs force customers to decide on porn filters
2nd January 2015
Existing customers must now choose whether or not to activate adult content blocks.
Rural broadband campaign launched by BDUK
17th December 2014
BDUK has announced the launch of a new campaign to promote greater uptake of broadband in rural areas of the country.
Tech City broadband boost announced
23rd January 2015
Businesses at London's Tech City are to receive an increase in broadband connectivity.
Coverage for UK 'not spots' to be improved
22nd December 2014
Many mobile coverage 'not spots' are to be tackled following a new deal.
Improvement in broadband satisfaction revealed
16th December 2014
Levels of satisfaction have improved in recent months for the UK broadband sector.