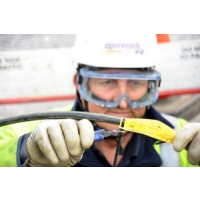 Pembrokeshire MP Stephen Crabb has welcomed the news that BT is to recruit more engineers in order to speed up its superfast broadband rollout.

The network provider announced earlier this week that it would be taking on additional staff, with up to 190 jobs being created in Wales.

Superfast Cymru - the local rollout programme - has so far connected more than 100,000 residential and commercial properties to better broadband, but primarily to more built-up areas, the Tivyside Advertiser reports.

Mr Crabb commented: "This announcement is good news for Pembrokeshire. I've consistently raised my concerns with both BT and the Welsh government about the slow rollout of the scheme in rural areas."

He added he hoped increasing the number of engineers working for the company would help bring improved internet connections to homes and businesses based in the more rural parts of Wales.

The MP also said he welcomed BT's efforts to recruit in the area, as Pembrokeshire has a "skilled jobs market". Fishguard and Haverfordwest have both been identified as prime targets for recruitment.