Monday, December 5th 2011
Tweet
Share
Broadband providers can now put themselves forward for one or more of the 13 categories at the 2012 ISPA Awards. 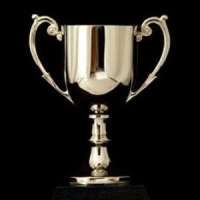 Broadband firms will have the opportunity to battle for prizes in two new categories at the 2012 Internet Service Providers Association Awards (ISPAs).

Set to take place for the 14th time next July, the ISPAs will include the best new ISP and customer choice awards. The first of these is open to any provider that has entered the market since July 2010, while the second can be entered by any firm that offers broadband access to consumers.

Registration for the awards opened towards the end of last week and prospective entrants - who do not have to be ISPA members - have until January 27th to put their name forward in one or more of the 13 categories.

Among the accolades that are up for grabs are best consumer fixed broadband, best mobile broadband, internet safety and security, best consumer customer service and digital inclusion in association with Race Online 2012.

The customer choice prize winner will be selected by subscribers of the ISPs that nominate themselves for the award. Consumers will be able to rate their provider after the registration process closes.

Members of the public are also set to have the chance to make suggestions for the internet hero and villain for the year.

In 2011, Andrew Crossley of ACS Law was named as the internet villain for his part in sending speculative invoices to broadband customers suspected of illegal filesharing, while the hero prize went to Professor Ian Hargreaves, who wrote a report on intellectual property.

Secretary general of the ISPA Nicholas Lansman commented: "As the voice of the internet industry for the last 15 years, ISPA has seen the industry develop and grow and since 1999 we have hosted the ISPA Awards to mirror that success. 2012 will be the 14th annual awards and, as in previous years, we expect to see that the innovation and passion for providing quality services is as strong as ever."