Tuesday, January 27th 2015
Tweet
Share
Many remote areas of the Highlands are not covered under current broadband rollout plans. 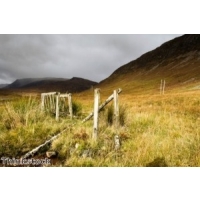 Several remote areas of Scotland continue to lack sufficient broadband speeds to carry out even the most basic online functions, the Press & Journal reports.

Dave Kime of Glenborrodale told the news provider how plans are in place to rollout superfast broadband services to a significant proportion of remote communities in the coming years, but there are many areas that will not see improvements in the foreseeable future.

Mr Kime stated: "Web speeds are too slow for streaming videos, watching YouTube and using Skype to keep in contact with family. They are also far too slow to allow business use."

He added that current proposals do little to improve the lot of many remote communities and therefore more now needs to be done to bring the wide-ranging benefits of broadband connectivity to the whole of Scotland.

As such, Mr Kime has now launched a petition to bring better broadband services to those areas not covered under present broadband rollout plans.