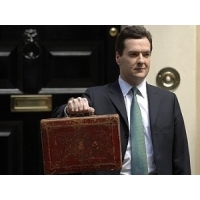 On-demand computing and communication services firm Star revealed a spike was seen at 13:00 GMT on Wednesday (March 23rd 2011), as the chancellor made his announcement in parliament.

The company warned high-definition TV streaming can use as much as 1.5Gb of data every hour.

Hugo Harber, director of products and market solutions at Star, said major news and events typically lead to an increase in online traffic.

"To ensure business as usual and prevent networks from feelings the strain of this additional traffic, IT departments should make provisions to ensure that critical network applications are not affected," he advised.

Levels of recorded traffic during the clash were twice as high as typical volumes, the company discovered.