Tuesday, September 17th 2013
Tweet
Share
A study has shown over-65s in some areas of southern England are more that twice as likely to have an internet connection as those from parts of the north. 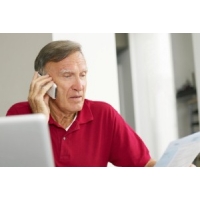 A nationwide survey has revealed a regional divide in the number of over-65s connected to the internet.

Data analysed by the charity Age UK shows those who live in some areas of southern England are significantly more likely to have internet access than those from northern England.

The biggest gulf was seen between Surrey - where 63 per cent of over-65s have an internet connection - and Tyne and Wear, where the figure is 27.7 per cent.

Findings are based on the charity's Understanding Society survey, which gathered data from 40,000 UK homes.

Age UK's David Mortimer expressed concern at the non-proportional nature of the results. With an increasing number of private and public services operating online, he claimed the government and businesses must do more to teach over-65s about broadband connections.

He said: "If they want older people to use these services, they need to help them get online in the first place with tailored and ongoing support."

In a bid to educate older people in the use of technologies such as fibre optic broadband and smartphones, Age UK is currently running ITea and Biscuits Week. The event offers over-65s the chance to try the technology first hand.