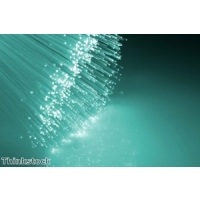 Thousands of premises across South Gloucestershire are to benefit from the rollout of new superfast broadband connections in the coming months as part of ambitious new plans for the area.

The Gloucestershire Gazette reports a total of 17,000 homes and businesses are now expected to be covered under the scope of the first phase of plans for the rollout of high-speed broadband in the region - 2,000 more than had originally been earmarked.

John Goddard, chair of South Gloucestershire Council's resources sub-committee, commented that more communities are benefiting from the increased reach of superfast connectivity across the county and this can only be a good thing.

"We are already planning ahead towards the second phase of the rollout when even more communities will be able to benefit from having access to superfast speeds," he added.

Once the first phase of the project is completed, homes and businesses across the area will benefit from download speeds of up to 24 Mbps.