Superfast broadband to come to Drumoak

Thursday, May 1st 2014
Tweet
Share
Residents in Drumoak are set to benefit from the arrival of superfast broadband in their village. 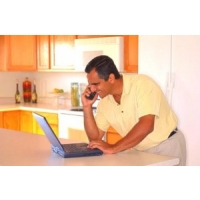 The Deeside village of Drumoak is set to be the first in the area to be connected to superfast fibre optic broadband, thanks to the Digital Scotland regional rollout programme.

Drumoak residents - along with those in several Aberdeenshire towns, including Ellon, Oldmeldrum, Old Rayne, Fraserburgh, Kemnay, Peterhead, Insch, Balmedie and Turriff - will benefit from the arrival of the high-speed technology, which is being brought to Scotland as part of the £410 million initiative.

Overall, Digital Scotland aims to connect 95 per cent of residences and businesses throughout the country to the superfast fibre broadband infrastructure by the end of 2018.

Nicola Sturgeon, Deputy First Minister of Scotland, commented: "This programme will lay the foundations of a word class digital Scotland, by extending fibre broadband access to parts of Scotland that wouldn't otherwise be served commercially."

BT engineers are helping to connect the country, with 56,000 premises set to gain access to broadband speeds of up to 80Mbps this coming autumn.

The technology will bring numerous benefits to homes and businesses based in Scotland, such as enabling multiple users to download large files at the same time.