Thursday, September 30th 2010
Tweet
Share
Customers have until the end of today to get six months free on the TalkTalk Essentials broadband bundle. 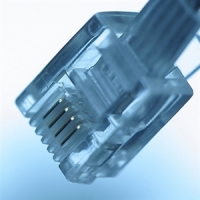 The six months of free home broadband and landline calls promotion from TalkTalk has just a matter of hours left to run.

New TalkTalk customers have been able to get the offer when taking out the Essentials package, but it will expire at the end of today (September 30th 2010).

People who move fast enough to sign up for the broadband bundle provider's discounted deal will be able to benefit from download speeds of up to 24Mb/s, as well as unlimited evening and weekend calls to other UK home phones.

For the first six months, subscribers will only need to pay line rental of £12.04 per month, after which they will also be charged the standard TalkTalk Essentials price of £6.99 per month.

Earlier this week, TalkTalk chief executive Dido Harding claimed the telecoms company is committed to delivering the best possible value to its customers.

"In our view, value has to be mixed with offering cutting-edge technology and innovative products that keep our customers happy," she remarked.