Friday, July 30th 2010
Tweet
Share
A net total of 34,000 new customers signed up to broadband with TalkTalk between April and June. 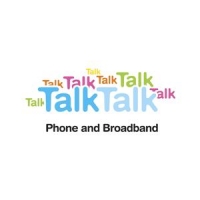 TalkTalk's base of broadband customers has grown in the first quarter of its 2010-11 financial year.

Between April and June, leading broadband and home phone bundle provider TalkTalk saw the number of people signing up to its internet services increase by 34,000, taking its total number of subscribers to 4.231 million.

Over the period, the company also saw its broadband revenue increase year-on-year to Â£301 million, thanks in part to its "higher value" Plus package.

Previously called Pro, this offer gives customers unlimited downloads and calls to all UK landlines at speeds of up to 24Mb/s for Â£26.48 per month.

According to TalkTalk, Plus now makes up around ten per cent of all new sales.

Chief executive officer of TalkTalk Telecom Group Dido Harding said she was satisfied at its performance over the three-month period.

She commented: "TalkTalk has enjoyed a good quarter, delivering our integration programme and growing our broadband base, and enabling us to reaffirm all our guidance for the full year."