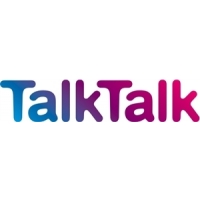 TalkTalk is reportedly gearing up to announce it has rolled out fibre optic broadband across much of the UK.

The broadband bundle provider has been constructing a "very, very large" super-fast network throughout the country, according to tech news site TechEye.

Furthermore, the online resource claimed TalkTalk's rivals are unaware of the work it has been carrying out, with a BT source stating that the only competition it knows of in the fibre optic market is Virgin Media.

Citing an unnamed TalkTalk employee, TechEye said a "shock announcement" regarding the matter will be made by the internet service provider in "a couple of months".

It added that TalkTalk is planning to undercut the prices offered by BT.

Earlier this month, BT revealed that customers who sign up for a landline and broadband bundle will be able to upgrade to a fibre optic service when it becomes available in their area at no extra monthly cost.

The telecoms giant is planning to connect two-thirds of properties to the infrastructure by 2015.