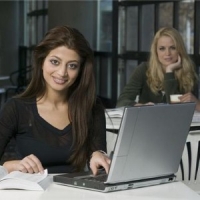 The UN Broadband Commission has set a new target of achieving gender equality in broadband access over the next seven years.

At the seventh meeting of the Broadband Commission for Digital Development held in Mexico City on Sunday (March 17th 2013), members were made aware of the gap in access to the internet that currently exists between the sexes.

According to International Telecommunication Union (ITU) figures, women in the developing world are much less likely than men to enjoy access to technology. While this disparity is reduced in richer countries, a significant gap still exists.

Dr Hamadoun Toure, ITU secretary general and co-vice chair of the commission, said improving women's access to ICT services - and particularly broadband - must be made a "key pillar" of the global development agenda for 2015 onwards.

The imbalance between the genders must be addressed "to ensure that all people are empowered to take control of their own destinies through ICTs", he explained.