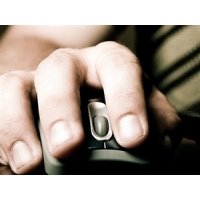 Next-generation broadband access should be a top priority for the new coalition government, according to a leading industry body.

The Internet Service Providers’ Association (ISPA) believes ensuring everyone in the UK has access to the internet and its services is as important as top broadband speeds.

A spokesman for the ISPA said that the government should focus on investing in high-speed broadband access for the whole country.

He said: "In the small minority of areas where the market may not deliver, the ISPA would welcome government efforts to ensure that no one is digitally excluded.

"ISPA argues that next-generation access should be measured in services that can be delivered over the internet, alongside specifying speed."

Getting access to public services on the internet was highlighted as being "very important".

Both the Conservatives and the Liberal Democrats support public investment in the roll-out of superfast broadband across the UK, having made pre-election pledges to that effect.