Monday, February 9th 2015
Tweet
Share
Plans to spend a quarter of a million pounds of public cash on promoting broadband uptake in Worcestershire have been criticised. 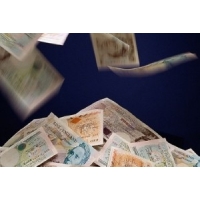 Council chiefs in Worcestershire have been criticised for using public money to encourage people to sign up for faster broadband.

The county council has spent £8.5 million on a £20 million partnership with BT that ultimately aims to bring superfast connectivity to 55,000 local homes and businesses.

According to the Worcester News, the authority is now planning to spend a further £272,000 on a package of measures designed to promote uptake of the service and manage it effectively.

Of this money, £2,500 is to be spent on printing off 5,000 A5 leaflets to raise awareness of the rollout, along with other so-called demand stimulation tactics and staffing costs.

Labour group leader Councillor Peter McDonald hit out at the proposals, arguing that the amount due to be spent on supporting the sale of BT's products is "eye-watering".

"While vital services are being cut back and in some cases gone forever, this council is putting the interests of a private company before vital services," he insisted.