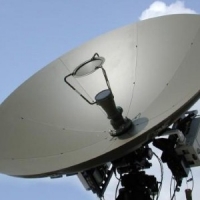 Apogee Internet UK is set to offer the ASTRA2Connect satellite broadband service to residential and business customers across the country, thanks to an agreement between its parent company Rustyice Solutions and satellite operator SES.

Consumers and enterprise users living anywhere in Britain will have the chance to take advantage of up to 10Mbps download speeds by signing up for ASTRA2Connect, which has more than 80,000 subscribers across Europe - making it the region's largest satellite-based broadband network.

Since 1998, Rustyice has specialised in network engineering for business customers, providing a range of solutions from security and web services to IT infrastructure support.

The agreement with SES expands its portfolio further, enabling households and companies to enjoy broadband-speed internet connectivity even if their properties are beyond the reach of current fixed-line infrastructure.

Chief commercial officer of SES Ferdinand Kayser said the satellite broadband operator is pleased to find a partner for ASTRA2Connect with many years of experience in delivering high-quality network solutions.

The move represents "a further step in the development of our satellite broadband business in western Europe", he commented.

Paula Livingstone, managing director of Rustyice, stated the agreement means it can now offer customers "complete connectivity" regardless of where they are located.

"As the network develops and the services it carries become increasingly fundamental to both residential and business customers, this is an important element of our longer-term strategy," she added.

"We are convinced that this new agreement will be another chapter in the successful cooperation between Rustyice Solutions and SES."

Earlier this year, SES unveiled plans to raise the top speed offered by ASTRA2Connect to more than 10Mbps by providing additional capacity from its orbital position at 28.2 degrees east. Download capabilities were increased from up to 6Mbps to up to 10Mbps in June.