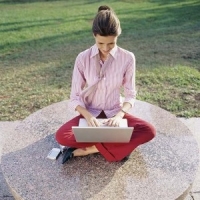 Mobile broadband operators O2, Vodafone and 3 Mobile have been accused of preventing some customers from accessing the primary website of Tor, which allows internet users to browse the web confidentially.

According to Tor and the Open Rights Group (ORG), the issue is affecting customers on prepaid accounts, who are unable to visit the HTTP version of the Tor Project website.

Thanks to its ability to keep people anonymous while online, Tor has been used in Iran to avoid oppressive state censorship and also by some abuse victims in the UK.

O2 offers a URL checker that shows it is blocking torproject.org on the grounds that it is an 'anonymiser', the ORG explained. While Orange also prevents customers from accessing anonymisers, it is not currently restricting access to Tor.

The ORG claimed it is unlikely Tor is being specifically targeted by mobile broadband providers, but rather that anonymisation tools in general are being filtered.

However, the organisation remarked: "It is not clear why services such as Tor have been included in filtering systems.

"It's clear that mobile operators need to look again at what sites they are blocking and why, especially when those blocks include important and legitimate tools such as Tor."

The matter would be less of a problem if users could easily see when filtering is being applied to their account and how they can deactivate this setting and report any mistakes, the ORG said.

In the last couple of weeks, the group has received around 30 reports of inappropriately-blocked mobile websites, ranging from bars and restaurants to personal pictures and blogs.

Executive director of the ORG Jim Killock has previously spoken out on agreements between broadband providers to force adults to opt in to content blocking systems, arguing there is a "world of difference between offering sensible child safety and trying to persuade adults to live with layers of censorship".