Coverage for UK 'not spots' to be improved

Monday, December 22nd 2014
Tweet
Share
Many mobile coverage 'not spots' are to be tackled following a new deal. 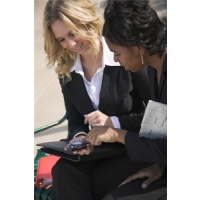 A new deal has been announced between the government and several of the UK's largest mobile network providers that will see improved coverage for many areas currently suffering from poor connectivity.

The Department for Culture, Media and Sport is to work alongside network operators EE, O2, Three and Vodafone to deliver a £5 billion improvement to mobile infrastructure by the end of 2017.

Through this investment, the combined national level of coverage for these operators will rise from 69 per cent of geographic areas at present to 85 per cent once all work is completed.

In addition to ensuring customers are able to make calls and text, the improved coverage will also serve to bolster mobile broadband connectivity, giving mobile users the chance to more easily stay connected when on the go.

Responding to the announcement, culture secretary Sajid Javid commented: "Government and businesses have been clear about the importance of mobile connectivity ... so this legally binding agreement will give the UK the world-class mobile phone coverage it needs and deserves."

EE to extend 4G coverage by 2017
13th February 2015
EE has announced plans to significantly bolster its 4G network coverage over the coming years.
Massive speed boost through 5G delivery
2nd December 2014
The new 5G network could deliver a massive increase in data transfer rates in the years ahead.
Tesco teams up with BT to launch free Wi-Fi service
19th November 2014
Tesco customers can now access free Wi-Fi while doing their shopping in-store.
Rural broadband campaign launched by BDUK
17th December 2014
BDUK has announced the launch of a new campaign to promote greater uptake of broadband in rural areas of the country.
West Lindsey churches getting involved in broadband rollout
21st November 2014
The Church of St Radegund is the latest to have a wireless broadband transmitter installed to its roof.
Free public Wi-Fi service for Carlisle city centre
11th November 2014
A new free public Wi-Fi service has been launched in Carlisle.