Wednesday, December 17th 2014
Tweet
Share
BDUK has announced the launch of a new campaign to promote greater uptake of broadband in rural areas of the country. 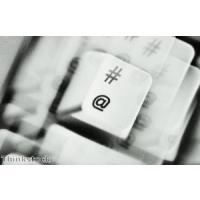 Created by ad agency Enter, the campaign spans TV, radio and press and aims to highlight the millions of pounds that have been invested to date in the provision of new superfast broadband connectivity for many remote areas of the country.

This multi-channel approach is expected to deliver a considerable increase in broadband uptake in the months ahead.

Chris Townsend, Chief Executive at BDUK, commented: "Our rollout is on track with 1.5 million homes and businesses now having access, but evidence suggests that many consumers and small businesses don't know that superfast broadband is available in their area."

He added that this is where the new campaign will come into play, helping to raise awareness across many rural communities, highlighting the benefits of improved broadband connectivity and supporting take-up.