Thursday, June 11th 2015
Tweet
Share
Broadband customers are to be given powers to switch providers if their service does not meet their expectations. 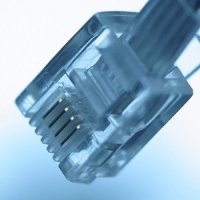 UK communications industry regulator Ofcom has unveiled a raft of new powers that aim to support consumers and their right to switch broadband providers without "unfair penalties".

Individuals that sign up to agreements to secure realistically-promised broadband speeds are now being given the right to move supplier penalty-free if their level of service is not up to the standard they were promised.

Until now, many companies had contract clauses binding consumers to their agreement for months at a time unless they agreed to pay a penalty charge, but these hidden fees have now been abolished.

Ofcom has ruled that all contracts must now be "clear and fair with no hidden charges or lock-ins".

Responding to the announcement, director of consumer watchdog Which? Richard Lloyd commented: "Unreliable broadband speeds drive consumers crazy, so we also welcome the regulator telling providers to give better information on the speeds customers will realistically achieve, and to let people leave their contracts without penalty if they don't get what is promised."