Thursday, June 18th 2015
Tweet
Share
Millions of Britons are living with broadband speeds that do not live up to their expectations. 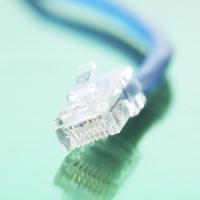 A new report has highlighted the shocking proportion of households that are presently suffering from slow broadband speeds, despite being promised faster connections by their carriers.

Consumer watchdog Which? has revealed that almost three-quarters (74 per cent) of UK households are not able to receive the download speeds that were advertised when signing up to broadband agreements. And perhaps more shockingly, this figure rose to 98 per cent in rural areas.

Which? executive director Richard Lloyd stated: "Broadband is an essential part of life these days so people shouldn't be persuaded to buy a package which is never going to live up to expectations."

He added the body has now raised its concerns with the advertising authorities, but customers across the country will also now require industry regulator Ofcom to ensure consumers get the speeds promised by their providers.

Mr Lloyd's comments follow a recent Ofcom announcement that customers will be able to leave contracts with their existing broadband provider if a failure to deliver promised transfer rates can be proven.