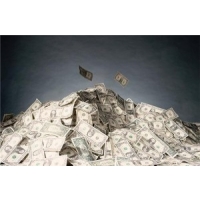 Western European capital expenditure (capex) on mobile networks has declined despite carriers preparing for the launch of 4G, according to ABI Research.

The analyst revealed overall network investment dropped by 3.8 per cent quarter on quarter in the three months to the end of June 2012, while year-on-year growth also fell significantly by 19 per cent.

T-Mobile's capex during the first six months of the year was 4.9 per cent lower than at the same point in 2011, with Vodafone also trimming network spending by Â£100 million year on year.

By the end of the year, capex is set to fall by 12 per cent to .4 billion (Â£8.9 billion) for 2012 as a whole, predicted ABI's vice president for forecasting Jake Saunders.

"Western European carriers are at different stages in development, which will very likely impact 4G adoption patterns," he explained.

In the UK, the only operator set to roll out 4G mobile broadband this year is Everything Everywhere, which is planning to deploy networks in 16 cities over the next three months.