Tuesday, July 31st 2012
Tweet
Share
Harrogate and Knaresborough MP Andrew Jones has welcomed news that 4G mobile broadband will be rolled out to 98 per cent of the population. 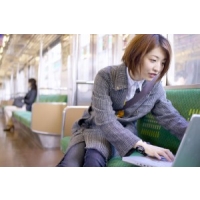 News that super-fast mobile broadband services will be rolled out across Harrogate and Knaresborough has been welcomed by local MP Andrew Jones.

Ofcom announced earlier this month that mobile broadband networks must be deployed to at least 98 per cent of residents and businesses across the UK.

The decision came as part of the regulator's plans to auction off additional spectrum to support 4G infrastructure, with the sale set to take place before the end of 2012 and the first services expected to be available from the middle of next year.

Commenting on the move, Mr Jones said the increased availability of next-generation broadband services will be a major benefit to small and medium-sized enterprises in his constituency, many of which are currently "hamstrung" by poor-quality access.

"Hundreds of homes, schools, farms and businesses will get access to decent mobile and internet coverage for the first time," he explained.

Spectrum bands are set to be auctioned in lots, with one of the 800MHz lots carrying the requirement that indoor mobile broadband reception must reach 98 per cent of the population by the end of 2017 at the latest.